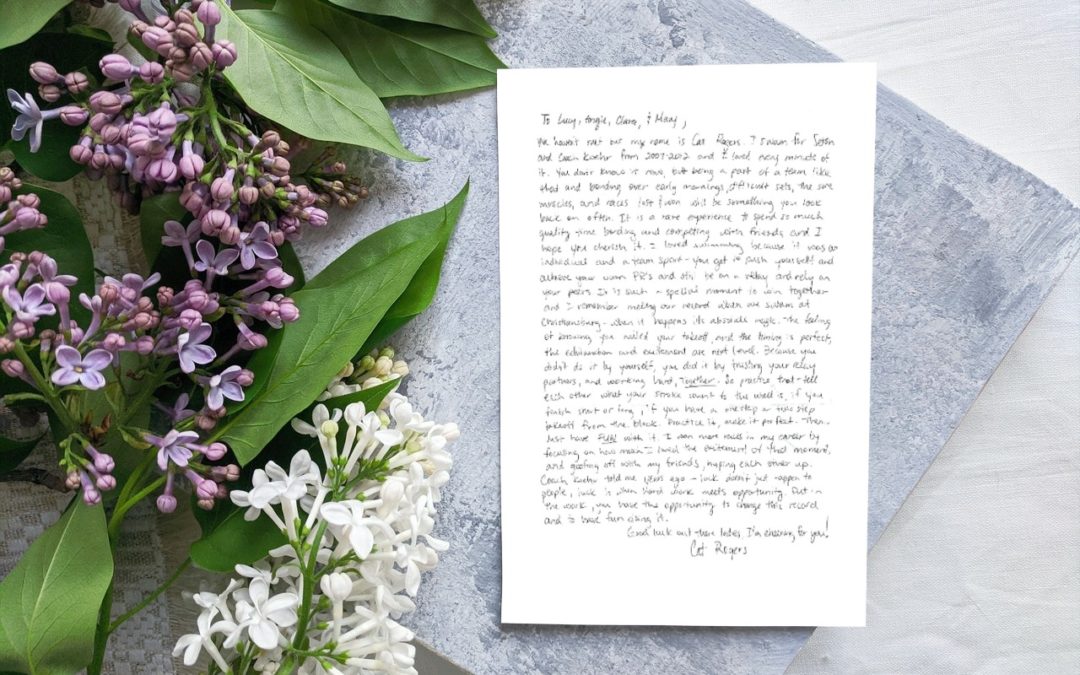 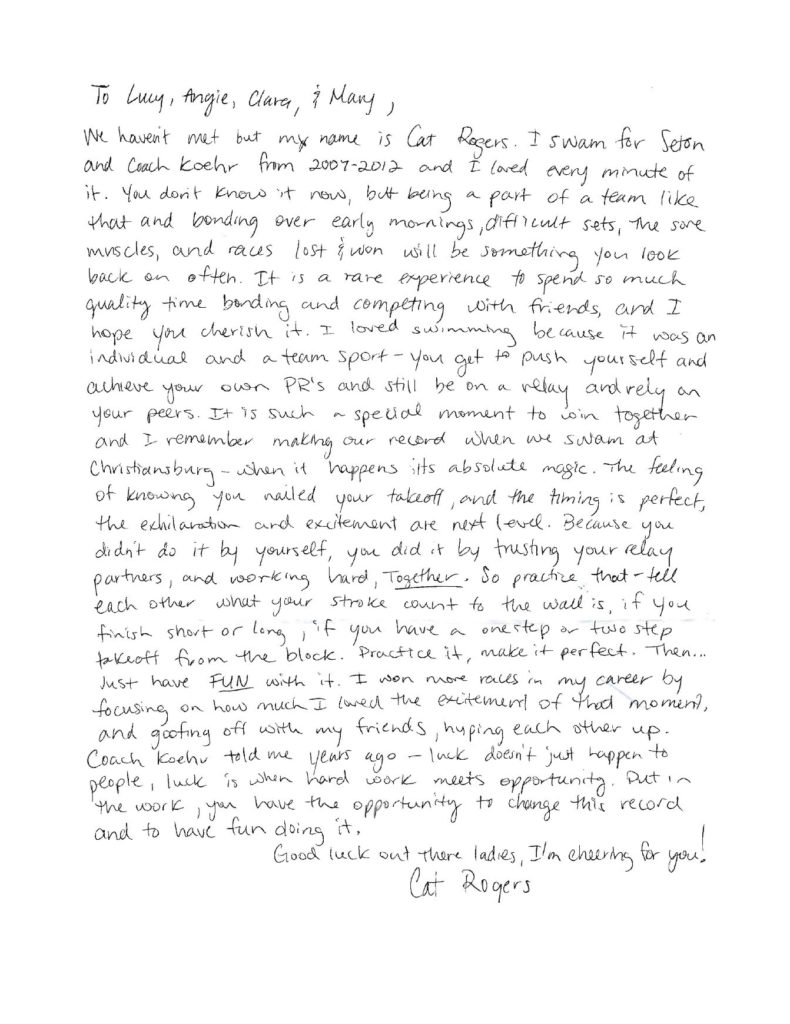 And here is the story of the swim that I wrote a few years later to go with the video:

“This was our most recent Girls State Championship team breaking the State Record in the 200 Medley Relay, but taking the silver medal anyway at the State Championship meet at the Christiansburg Aquatic Center on February 19, 2011.  This time of 1:50.25 by Alex Doonis ‘12, Cat Rogers ‘12, Bridget Wunderly ‘11 and Lauren “The Machine” Donohoe ‘11, is still our team record in this event.

We entered the meet with a seed time of 1:54.43 with the 2nd seed behind St. Catherine’s and just ahead of Bishop Ireton. In prelims, our girls swam beyond all possible expectations going 1:51.92, cutting 2.51 seconds from their personal relay record – that’s more than .6 seconds per girl!  Even with that great swim, we entered finals behind the vaunted St. Catherine’s girls relay by .11 seconds. We knew it was going to be a real race for the gold later than night.

In the finals, all of the girls swam the races of their lives. Alex Doonis led off on the backstroke leg with her personal best 28.77. The pack was still tight with everyone within a half second – until Cat Rogers hit the water and swam an incredible breaststroke split of 30.66 to give us the lead over St. Catherine’s by .23 seconds. Next was Bridget Wunderly who swam a tremendous 26.83 split, but unfortunately, we ran up against an incredible St. Catherine’s swimmer who swam a nearly unbelievable split of 25.64. So Lauren “The Machine” Donohoe hit the water .96 seconds behind and ready to make up some ground.  We would later find out that she had a cracked bone in her arm, but that didn’t stop her from splitting a 23.99!  When she touched, Seton was just .19 seconds behind St. Catherine’s at 1:50.25 – but we had broken the State Record!

With a swim like that, it was impossible to do anything except scream in celebration. With the 34 points we scored in this very first event of the meet, we had virtually secured the 4th straight State Championship for our girls.  Bridget and Lauren graduated that year, but as you will see from other race postings, Alex and Cat still had one more year to shine.”

Lucy, Angie, Clara and Mary, let’s review quickly what you have to beat their record:

Cat and her teammates swam some very fast splits in 2011:

It’s only November and I’m already getting psyched for States.  Let’s do it girls!