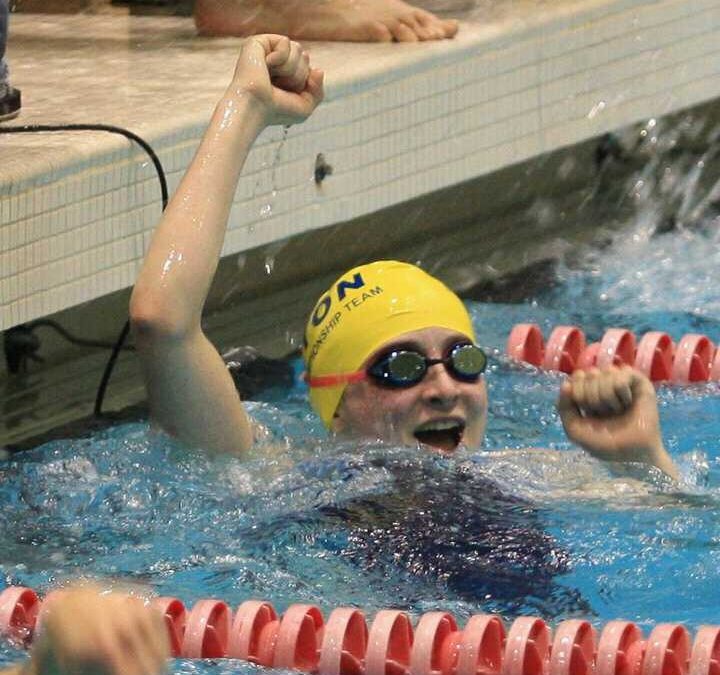 Here’s an article from the Manassas Journal Messenger on Seton’s victory.

Our 3rd place finish overall for the girls was the highest ever and our 6th place finish for the boys tied our highest ever.  To put this in some perspective, imagine if a AA public school competed in the AAA meet and placed 3rd overall – that’s what we just did!

Check out that girls score with Bishop Ireton?  We won by only two points!  Coach Maureen Duran, our 2nd year diving coach, will be pleased to know that, because we had diving and Ann Duran scored 2 points for 15th place, we beat BI rather than merely tying them.  So diving was one of the differences!

And Seton Lacrosse Fans would enjoy how the Roanoke Catholic Coach, a genuinely good guy, was already doing some friendly trash talking about taking Seton in swimming next season – I told him to make room on his shelf for two new runner-up trophies – in both Swimming AND Lacrosse! 😉

Seton Swimming has received a great deal of media coverage for our State Championships, including live coverage by Swimming World Magazine who streamed the meet live on SwimmingWorld.tv.  The coverage included live color commentary, daily meet recaps, and interviews with many of the top swimmers.

You can see the complete archives of the coverage, including video on every heat of both prelims and finals, by clicking on:

And here are some links to coverage in our local papers.  All of the coverage has been very positive about Seton School, our team, and the progress our team has made over the last eight years:

Of the 24 total events, we won four of them outright:

We Also Won Some Silver and Bronze!

Going into the meet, I knew that we could score a lot of points with our relays.  Relays score double the points of an individual event.  A gold medal individual scores 20 and a gold medal relay scores 40.  With that in mind, I loaded up our relays, swimming Connor Cook, David Basinger and Cat Rogers in 3 relays and only one individual event.  My goal was to get all 6 relays in the top 8, and had I not made one tactical mistake, I’m sure we would have done it.  I already talked about our two Girls Freestyle relays, but the other 4 were also stellar:

At States, the top 16 finishers in an event score points, and we scored with much more than just Jamo, Lauren, Alex and our relays:

Coach Maureen Duran was able to get 2 divers into the scoring ranks for Seton, even if she had to birth them herself:

The Spirit of Seton Volunteerism Does it Again!

You may also want to check out the final meet recap where the Commentator, Swimming World’s Darren Gross, said, “Without a doubt, this was one of the best, if not the best, meet I’ve been too….If you are running a championship meet, it doesn’t matter the level, take a page out of the Seton book…..And hey, this was all done by volunteers!….. Seton School knows how to run a meet!”  The only way I could have been more excited about the coverage was for Darren to pronounce my name right 😉  I was particularly pleased with how he highlighted that this was a volunteer effort.

Only at Seton, would it be possible for a school our size to host a meet like this, and we should be justifiably proud of the example we set for other schools, some of whom could not even muster three timers for finals.  I know every family pitched in for the running of the meet, and it would be impossible to mention all of the generous contributions of time, money and food that were made, but some parents went far above and beyond in the execution of this meet:

Seton Swimming has become something truly special, a community of swimmers, parents and families that is so much more than just a championship swimming team.  This was my 8th year coaching the team, and with a 3-year old in the house, I think I’ll have at least another 15 years of doing this.  Because of the great support that I receive from all of the families of Seton, I’m really looking forward to it!